During this webinar, Dr. Day will be answering questions and discussing: 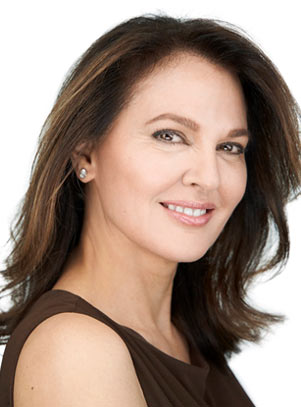 Doris Day, MD, is a board-certified dermatologist who specializes in cosmetic and laser dermatology. She is a clinical associate professor of dermatology at the New York University Langone Medical Centers where she was presented with the award for Dedication and Excellence in the Teaching of Dermatology.

Dr. Day is a highly respected and sought-after media personality in the area of cosmetic dermatology. She also lectures regularly nationally and internationally both to her peers and to the public on the latest advances in aesthetic techniques. She has written and spoken extensively in this area and is a frequent guest expert for Good Morning America, The View and Dr Oz, and has had several appearances on 20/20 including a Barbara Walters Special on rejuvenation, CNN, the Today Show, Wendy Williams, The Rachael Ray Show, The Doctors, Bethenny, and other television, news and internet events, and is frequently quoted in major women’s magazines and blog-posts including In Style, Allure, Real Simple, Huda Beauty, Vogue, Glamour, Redbook, Prevention and others.

She is author of three books, Beyond Beautiful: Using the Power of Your Mind and Aesthetic Breakthroughs to Look Naturally Young and Radiant (January, 2018, Hachette), Forget the Facelift: Turn Back the Clock with Dr Day’s Revolutionary Four-Step Program for Ageless Skin (Avery/Penguin Publishers), and 100 Questions and Answers about Acne (Jones and Bartlet Publishers) and she has completed a clinical monograph titled Understanding Hyperpigmentation. She is also a freelance journalist for several medical and other scientific and internet publications, and is a talk show host for Doctor Radio, on SiriusXM 110, with her own bi-monthly two hour live dermatology call-in radio show for over 10 years, which won the American Academy of Dermatology 2010 Golden Triangle Award for Media Excellence. She is listed in the Doctors Who’s Who, and has won awards for her work in laser research.

Dr. Day is a member of many relevant national and international organizations including the American Society of Dermatologic Surgery, American Academy of Dermatology, Women’s dermatologic society, American Medical Association, The NY State Dermatology Society, New York Facial Plastic Surgery Society and the American Honors Society of Dental and Facial Aesthetics. She has also served on medical advisory boards and training panels for Allergan, Galderma, Merz, Revance, Evolus and others.

After graduating from Columbia University with a degree in English, she completed her masters in journalism and science writing at New York University and earned her MD at Downstate Medical School in New York. She completed her residency in dermatology at Cornell University College of Medicine with the title of Chief Resident. She is a devoted wife and mother of two children now in graduate school, one of whom is in medical school, loves traveling, reading and creating her own recipes for healthy meals.

Fotona today is a world-leading medical laser company recognized for its innovative, award-winning laser systems for applications in aesthetics & dermatology, dentistry, surgery and gynecology. Based in the US and EU, with corporate headquarters in Dallas, Texas and Ljubljana, Slovenia, Fotona’s business philosophy is to continuously choose perfection to meet the needs of a highly demanding marketplace.

The company has one of the most highly educated workforces in the industry, with an exceptionally high number of PhDs specializing in laser and medical technology. Strong R&D capabilities have always been a key competitive advantage of the company, resulting in many patented solutions, including the OPTOflex® articulated arm, QSP (Quantum Square Pulse) and VSP (Variable Square Pulse) technologies, SMOOTH mode, Vacuum Cell technology, and many more.

24+ years educating medical professionals. (Beware of companies claiming the same.) 175,000+ successful graduates. Faculty with over 10 years with Empire. No students or nurses as trainers like other companies. Over 600 seminar workshops held annually.

The American Academy of Procedural Medicine offers Board Certification Pathways for Physicians in Aesthetics, Anti-Aging, and Pain Management. Call today to find out how to get your Certification Plaque FREE.