The first of the non-bio-identical hormones to be produced were conjugated equine estrogens (CEEs) and were very popular until associated with endometrial cancers. 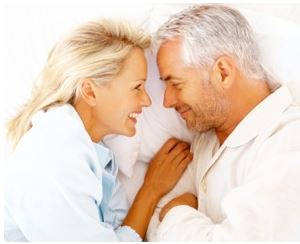 Bio-identical hormones have been used for hundreds of years but the technology to deliver these natural hormones painlessly to the patient was not developed until the 1980’s – thus the creation of synthetic hormones by the pharmaceutical companies. The first of the non-bio-identical hormones to be produced were conjugated equine estrogens (CEEs) and were very popular until associated with endometrial cancers. Pharmaceutical companies then developed progestin, a non-human form of progesterone, which unfortunately most medical doctors do not fully understand the differences as they consider them the same drug. The combination of adding progestin and the conjugated equine (typically horse) estrogens alleviated the cancer concerns but also created a trade-off of side effects and did not fully alleviate the symptoms that people needed hormones for. Synthetic progestins increase LDL and decrease HDL cholesterol and drastically diminish SHBG (sex hormone-binding globulin) thus potentially increasing androgenicity in patients as it binds to more receptors in the body. It is estimated that less than 20% of women taking synthetic hormones continue on a long-term basis.

By the late 1980s micronized “human” progesterone became available thus enabling BHRT to be released slowly and be absorbed by various means. Bio-identical hormones are created and derived from diosgenin; a type of plant oil which is chemically altered through the use of enzymes to exactly match our human bio-identical steroid hormones. There are more than (15) endogenous steroid hormones within our bodies with unique metabolites that allow for enzymes to convert them as needed. We categorize hormones into (5) major groups:

Bio-Identical hormones can be produced to replace any of the several types of hormones noted above and can be individualized for the needs of your patients. The various delivery methods available for BHRT include intra-dermal patches, foam, creams, oral, sublingual troches, and implantable pellets. Therefore the dosing can be individualized to the patient and can be delivered in a readily absorbable and gradual rate.
Bio-identical hormones are a medication and is a descriptive term describing their molecular structure which is identical to the hormones within our bodies. There are very few side effects associated with these hormones as compared to pharmaceutical synthetic hormones and can flow easily through the steroid pathway and interact seamlessly to produce balancing of these hormones through supplementation.

Integrated medicine is becoming very popular as the next generation “baby boomers” do not want to age gracefully and wish to feel younger, longer, and be as active as possible. Hormone deficiencies in men and women have direct relationships with a number of chronic conditions including fatigue, sleep disorders, mood swings, memory, osteoporosis, and sexual dysfunction to name a few. Bio-identical hormones have distinct advantages over their synthetic and non-bio-identical counterparts which include:

Go back to Anti-Aging Training Courses and Conferences